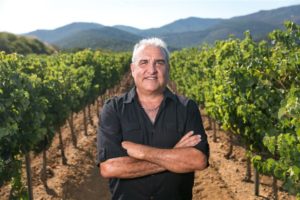 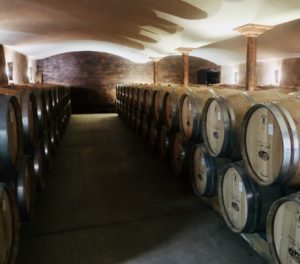 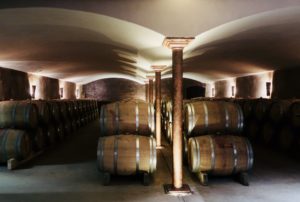 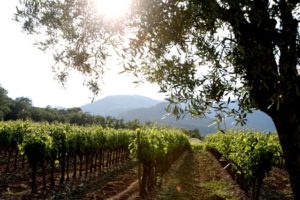 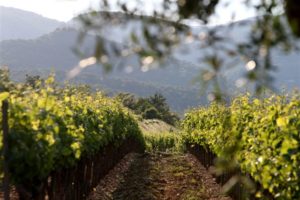 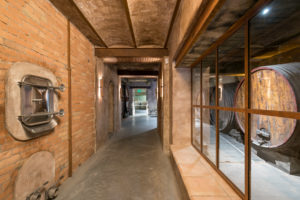 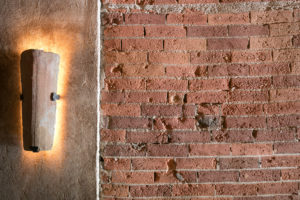 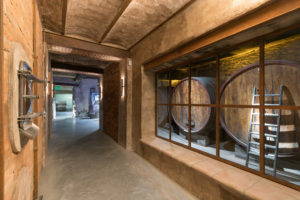 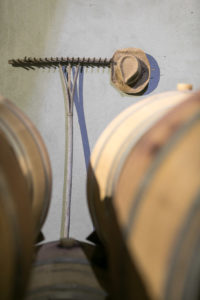 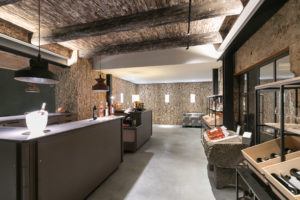 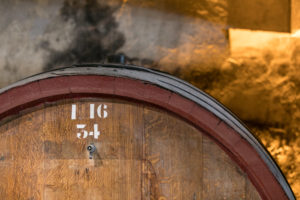 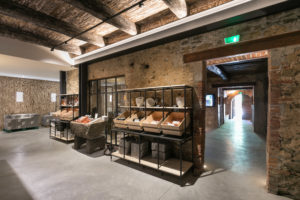 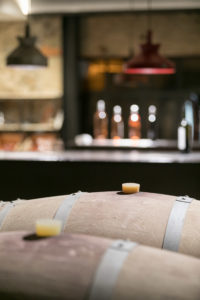 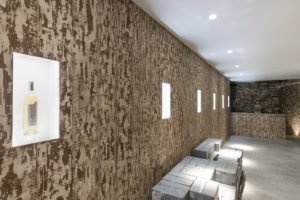 This vineyard located geographically on the southern slope of the Massif des Maures, just a few km from the coast, has belonged to the AUDEMARD family for several generations.

The vineyard has a surface area of nearly 40 hectares and produces Côtes de Provence AOP (Appellation d’Origine Contrôlée) wines, but also excellent IGP (vin de pays).
The vines producing the AOP are cultivated in terraces, everything is trellised (on wire), the average age of the vines is 15 years.

We work the entire chain, from the earthworks with our own machines to establish “restanques” respecting tradition, then carry out the plantations, the culture and the harvest, the wine making and the sale, even the deliveries in the surroundings.

At the plot level, when you arrive at the estate you cross the vineyard to reach the cellar, passing through the farm buildings which house an old flour mill.
After the threshing area of ​​the wheat and the preserved stone millstones, you will no doubt meet « Dartagnan » our donkey who participates in the « natural weeding » around the path and which enhances the visit! An enclosure with “Léon” the peacock, his wife and children, as well as some chickens and pigeons will pleasantly pass the time to the children accompanying the visitors.

The discovery of the cellar takes place in the heart of the places where our employees work (Nicolas, Régis and Violette), in the middle of more than one hundred and fifty barrels.
A slideshow will introduce you to the techniques of working in the vineyard and the harvest too!

The following varieties are grown:

The cellar is equipped with state-of-the-art techniques (automatic sorting in the plot, vibrating receiving Conquet, destemming and crushing if necessary, 2 pneumatic presses under inert gas, computerized fermentation management, vacuum bottling, cellar air conditioning, but also ancestral such as by the use of oak barrels (over 150 in the cellar) of oak casks (large wooden barrels)…

A new cellar of more than 280 m2, fully insulated and air-conditioned houses new harvesting reception equipment: reception by vibrating quay of sorted grapes thanks to a revolutionary field sorting process: the « selectiv process ». This cellar is capable of vinifying more than 2000 hl in rosé red and white in the best conditions, it completes the existing vinification unit in white and rosé of 2000 hl as well. 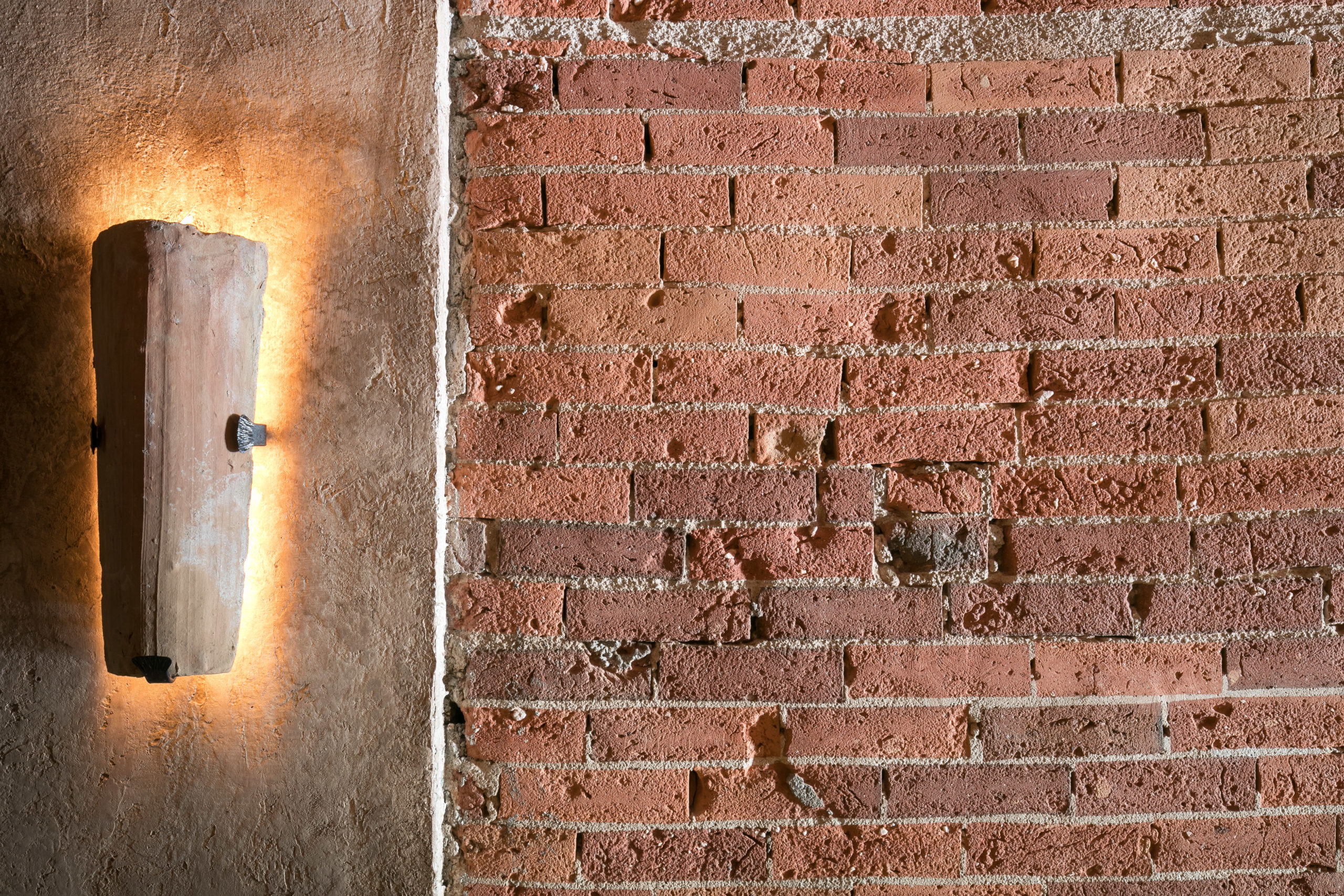 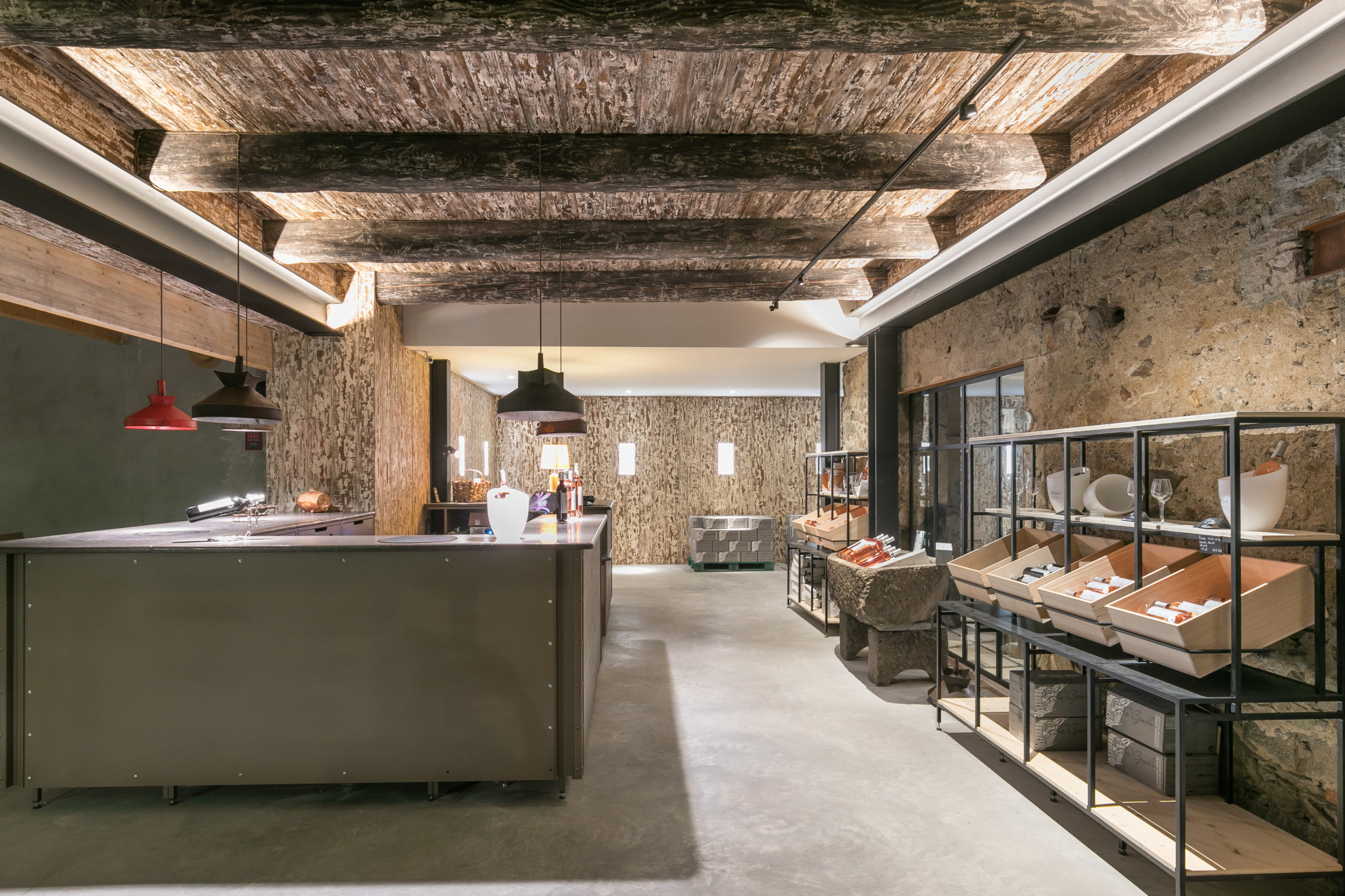 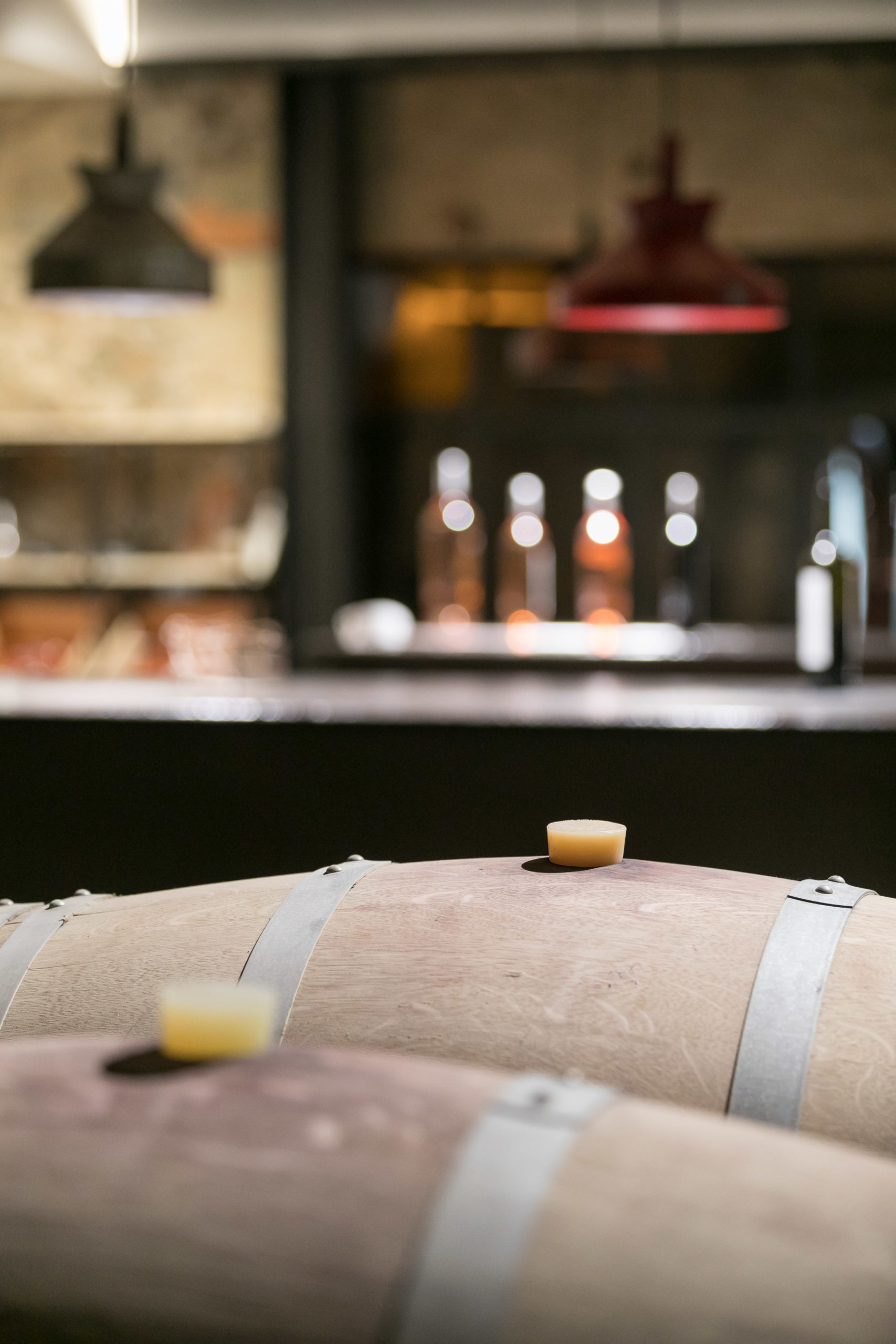 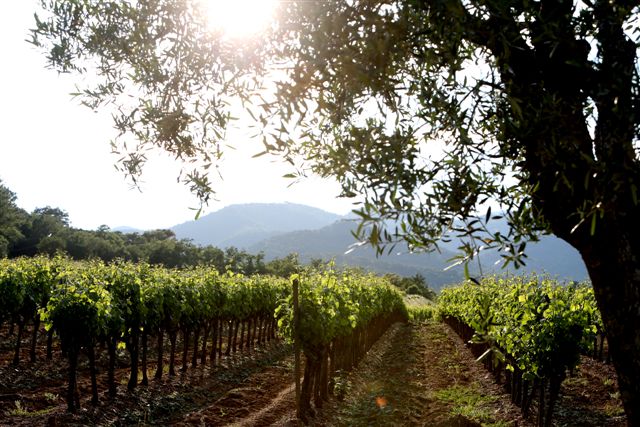 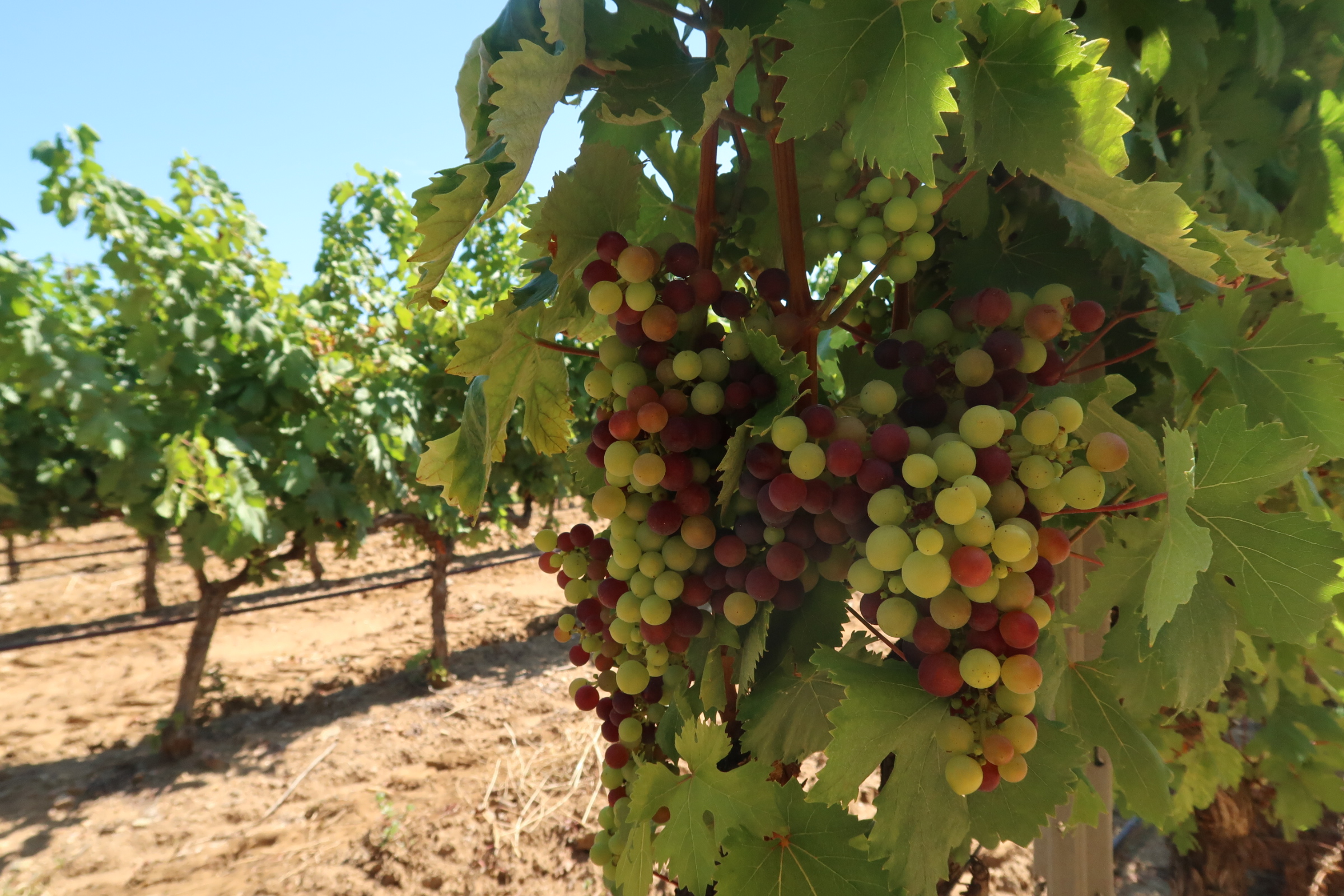 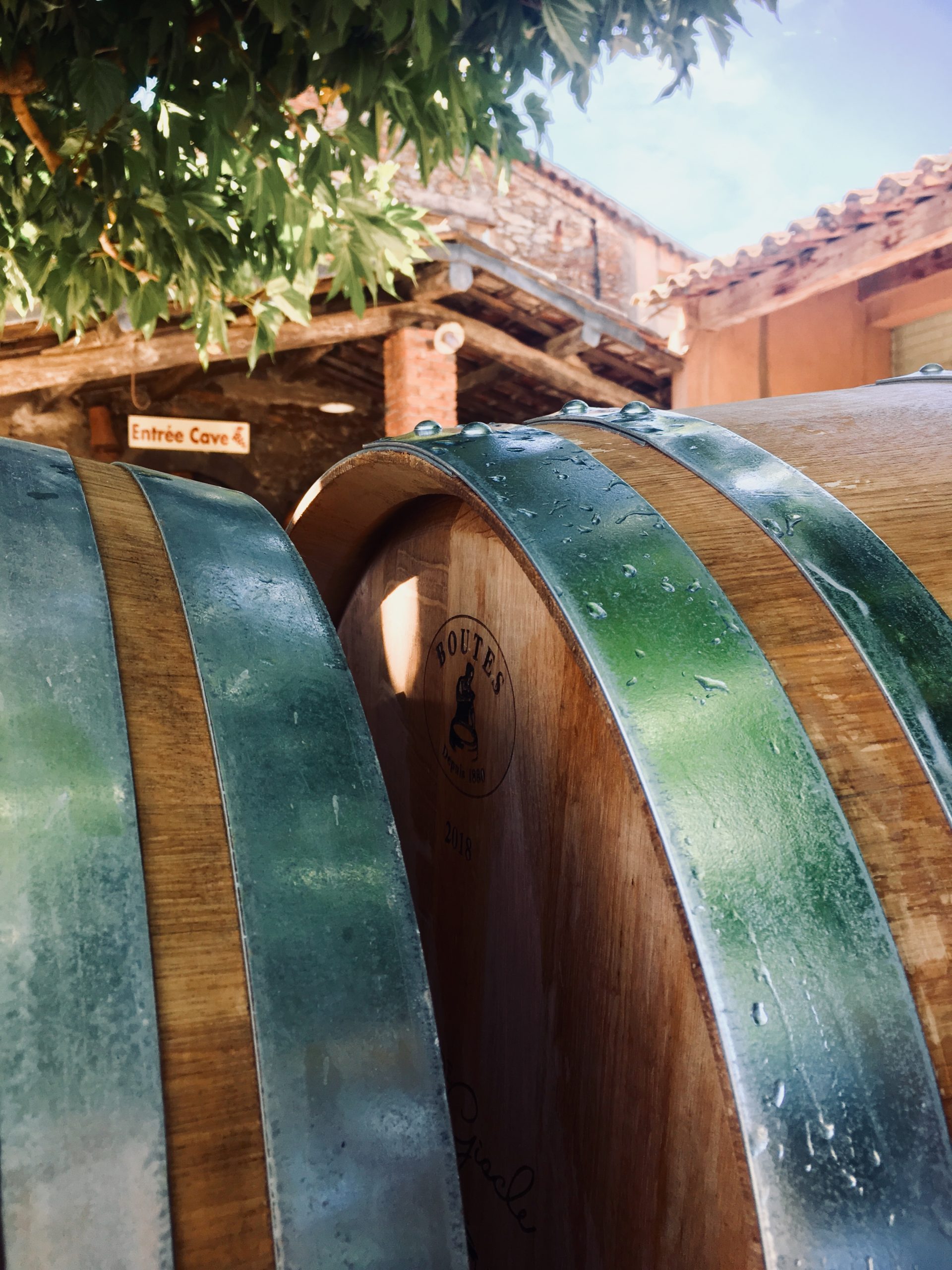 For some time we have been vinifying with a new tool, pneumatic pressing « under nitrogen ». Indeed, we installed a new wine-making unit entirely connected to a nitrogen production machine, the tanks therefore but also the two presses, the pipes etc … benefit from this neutral « clean » gas (no impact on the layer of ozone unlike CO2), the result is a reduction in oxidation and a new qualitative gain.

The particularities of wines are manifold, we produce both fruity and drinkable reds (in wine fountains) and other robust with ruby ​​reflections that go perfectly with game. Aging in French barrels often completes their classic production.

There are 4 rosés, a first range of wine fountains in table wine, a light-colored rosé with a salmon robe, with spellbinding aromas, the second is the Moulin de l’Isle in 75 cl which is a favorite its aromatic complexity, the third a vintage that lives up to its name … The exception! it is bottled only in exceptional years, it is an aromatic explosion both on the nose and in the mouth, and finally a curiosity, a rosé in a 75 cl bottle, the rosé excellence, resulting from fermentation in barrels followed by aging on the lees with manual batonnage of approximately 6 months at the rate of twice a week in each barrel! A gourmet rosé.

– The white produced from Rolle grapes, matured in barrels (fermentation in barrels followed by aging on the lees and batonnage 2 to 3 times a week for several months)

– The rosé comes from the bleeding of the Grenache and Cinsault grape varieties, which fermented in a thermo-regulated tank after a cold pre-fermentation maceration.

– Finally, the red which after its classic fermentation remains for nearly 20 days on the grounds, hot (25 ° C) to obtain an unequaled complexity.

The CARTE NOIRE is our red guard, for lovers of game or dishes in sauce, it is a rich and robust red. It has a beautiful deep and shiny color, a complex, expressive, spicy nose, black fruit and smoky, licorice notes. Its mouth is full, rich, enveloping the whole palate. The ripe tannins still present at the end allow this wine to keep for many years…

Here is a fairly succinct but representative explanation of « la Giscle », an area that I invite you to discover during a walk for example towards the Chartreuse de la Verne, abbey that you will discover a little further on the road to Collobrières

See you soon for a tasting of our wines at the estate.

Hoping to see you soon!
For some more wine talk…
Monique and Pierre AUDEMARD